Apple iOS 13.5 and iPadOS 13.5 released with all new features for faster face unlocking.

Apple has rolled out the new iOS 13.5 to users today with features relevant to COVID-19 affected world.

Apple had earlier released iOS 13.5 Golden Master to developers earlier this week and released it to the general public today. Apple with this new update has released plethora of new features which also includes Exposure Notification API to help the government fight against the ongoing battle with COVID-19, new and enhanced Face ID feature for those who wear face masks and much more.

Face unlocking with your mask on: 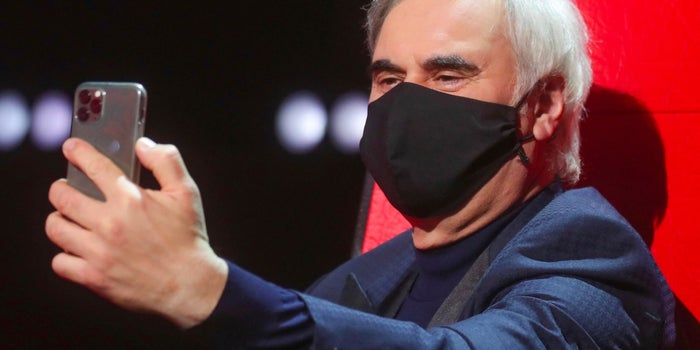 Apple, with this new update, has made it easier to unlock iOS devices while having a mask on by automatically showing passcode field when it detects you are wearing a face mask, so that the owner can directly enter the passcode without having to deal with Face ID. This feature also applies while downloading apps from appstore or while authenticating payments. Before this update Apple used prompt the Face ID again if it failed to recognize the face the first time around.

Apple along with google has been developing the Exposure Notification API with close guidance from public health officials. When a user enables the feature and has an app from a public health authority installed, the device in regular interval, keeps sending out a beacon through Bluetooth which includes a random Bluetooth identifier. From the the bluetooth identifier that the Exposure Notification API will download's the list of the key's for the beacons that have been verified as belonging to humans confirmed as positive for COVID-19 and check against the list. If there is any match, the user may be notified and advised for further steps.

Before this update, when ever we used Face Time in group calls, the tile of the person who is speaking used to enlarge automatically. But now with this new update, we can choose to have this feature switched on or off. We basically get a button which enables us to switch this feature on or off.

Apple has also issued security patches to two issues one of which allowed the Mail app on iOS devices which allowed attackers to remotely allow hack the device by sending a Mail that contained a significant amount of data. Apple has also fixed the issue where some user may have seen a black screen when trying to play a streaming video from some websites. Furthermore, Apple has addressed the issue related to share sheet that limited the suggestions and actions of the user.

->The update is available to download on all compatible iPhone, iPad and iPod touch devices.

->To check and download the update for your iOS device, go to Settings>General>Software update and make sure you are connected to a WiFi and have enough battery to last the download.

Start your day with StoryPlank